Super bowl – when the half time show is as important as the actual game!

Just imagine, the half time appearance by Helene Fischer were as important as the DFB-cup final.

Just before the grand finale on Sunday the hype around football reaches its peak in Germany as well: The Instant Impact of the market researchers of impact&emotions in collaboration with Research Now SSI shows that the interest of the 18-64-year olds Germans in the Super Bowl lays at 21% immediately ahead of the event. This means that every fifth person is interested in the Super Bowl – an impressive figure for German conditions, which confirms the trend of a growing fan base for American Football in Germany. Likewise the TV channel Pro7 was for the first time able to score with a double digit market share for the broadcast of a football game during prime time ahead of the super bowl.

Fascinating here is the lived event character of the Super Bowl spectacle from the beginning: The interest in the legendary half time show is as high as the interest in the game itself. Thus the super bowl is more than a sporting event in Germany as well. In comparison it is hard to imagine that the appearance by Helene Fischer during the halftime break of the past DFB cup final receives the same importance as the game itself. After all the football/soccer fans reacted unenthusiastic when the DFB tried to enable a similar event character with the appearance of the folk singer during the half time show.

At the Super Bowl the whole concept is followed with high interest. Even the specifically and elaborately staged commercials of advertising companies reach an interest base of 19% of all 18-64 year olds. 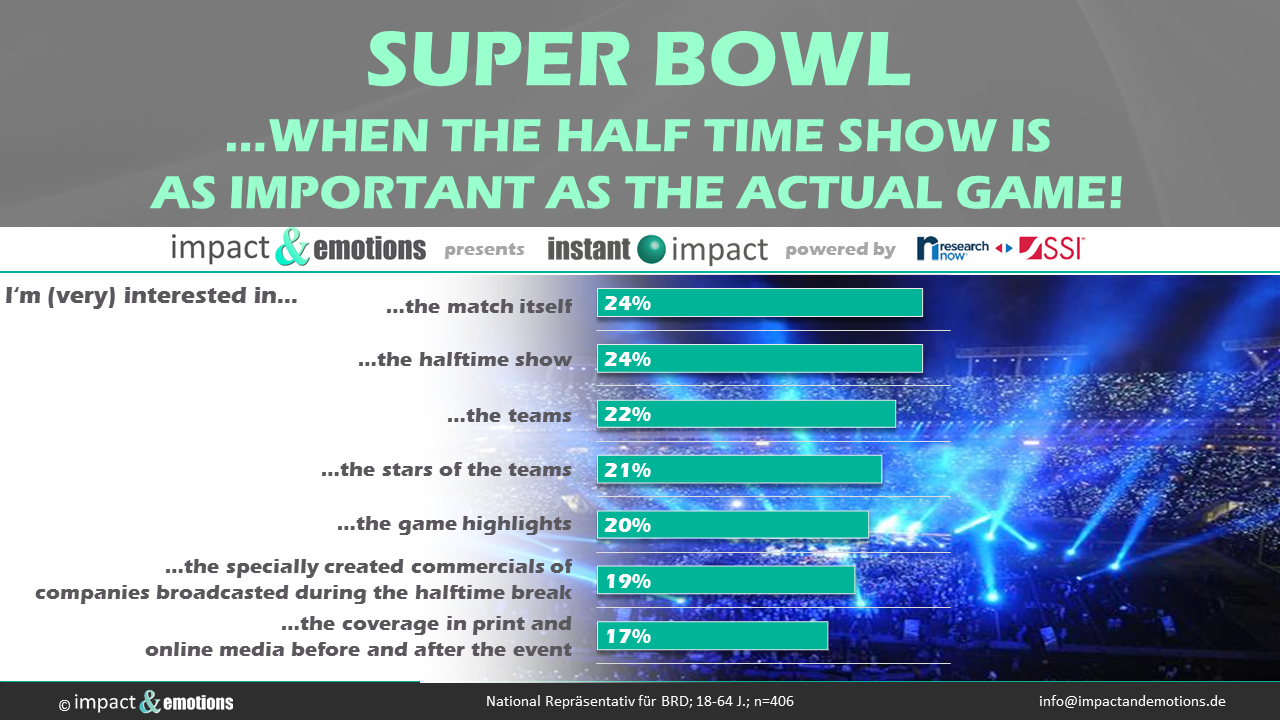