You can’t always get what you want

According to the current instant•impact of impact&emotions in collaboration with ResearchNow SSI, 8,8% of the 18-64 year-old Germans are fans of the Rolling Stones. A general interest in the cult band around Mick Jagger and Keith Richards is with every fifth German! Accordingly high is also the demand for concert tickets of the two single shows in Germany – despite the record prices of up to 500€ per ticket!
The survey showed that concert audiences of exceptional bands are willing to dig deep into one’s pocket. Ever fourth German would make an exception with the price of a concert ticket for an exceptional band. The proportion is even higher with fans of the Rolling Stones – 62% agree to the statement that exceptional bands are allowed to demand exceptional prices. Regarding, the demand of tickets for the two single shows in Germany is high. Last year the tickets for the three Rolling Stones appearances in Germany were sold out in a minimum of time. In order to get hold of one of the desired tickets, “Bildplus” offered its subscribers a preemptive right. After all 14,2% of the respondents indicated that they willingly accept offers like the one by “Bildplus” in case of special events and a foreseeable shortage of tickets. 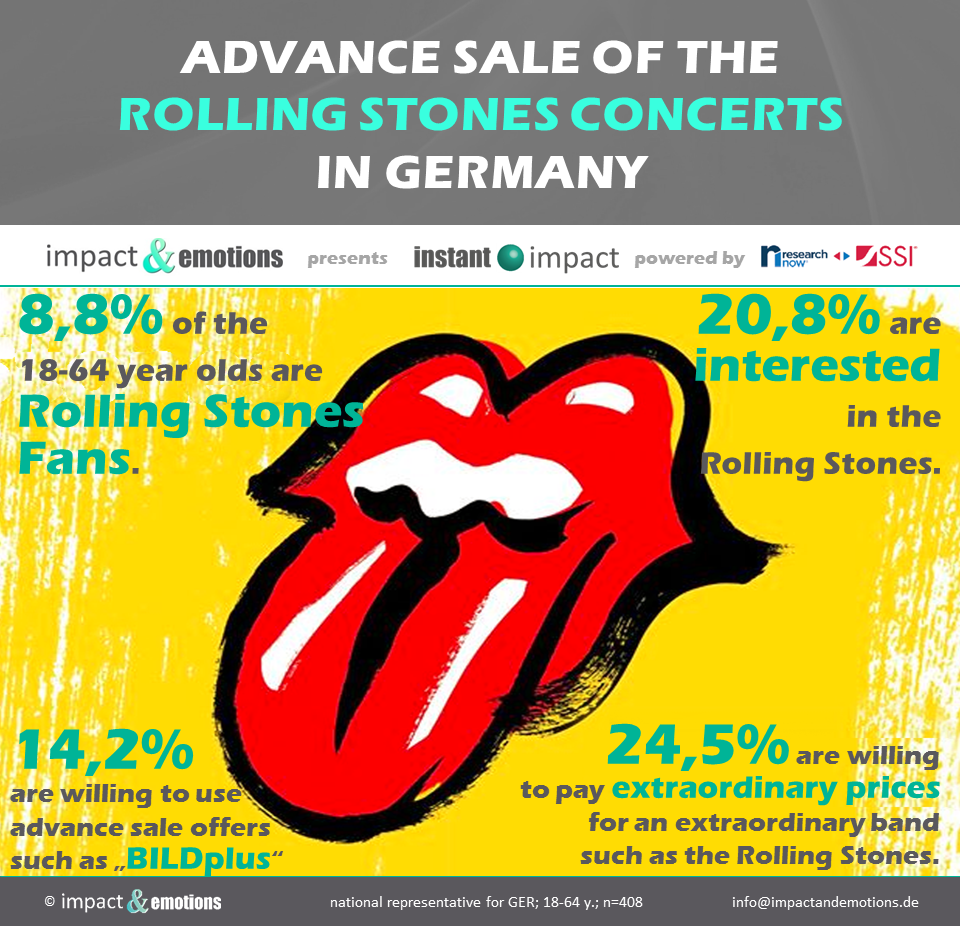