Positive evaluations of winter sports by consumers of wheat beer

Erdinger, Veltins, König Ludwig Weißbier… beer sponsors have a long tradition in winter sports and as impact&emotions is able to testify, this does suit the taste of the target group.
Above all, wheat beer breweries have chosen a good starting position to establish their brand image with their sponsorships in winter sports.
The target group of wheat-bear-drinkers shows itself to be noticeably interested in winter sports and its special disciplines and generally outscore the values of comparable nationwide representative studies. The positive evaluation also mirrors itself in a more positive image. Consumers of wheat beer assign a sophisticated and premium image to winter sports.
This matter of fact can also be observed by implication: Within the group of winter sport-interested one can identify a significantly higher amount of wheat beer consumers as well: almost every other German respondent whose interest in winter sport is ‘very-strongly’ drinks wheat beer several times a month (49%). 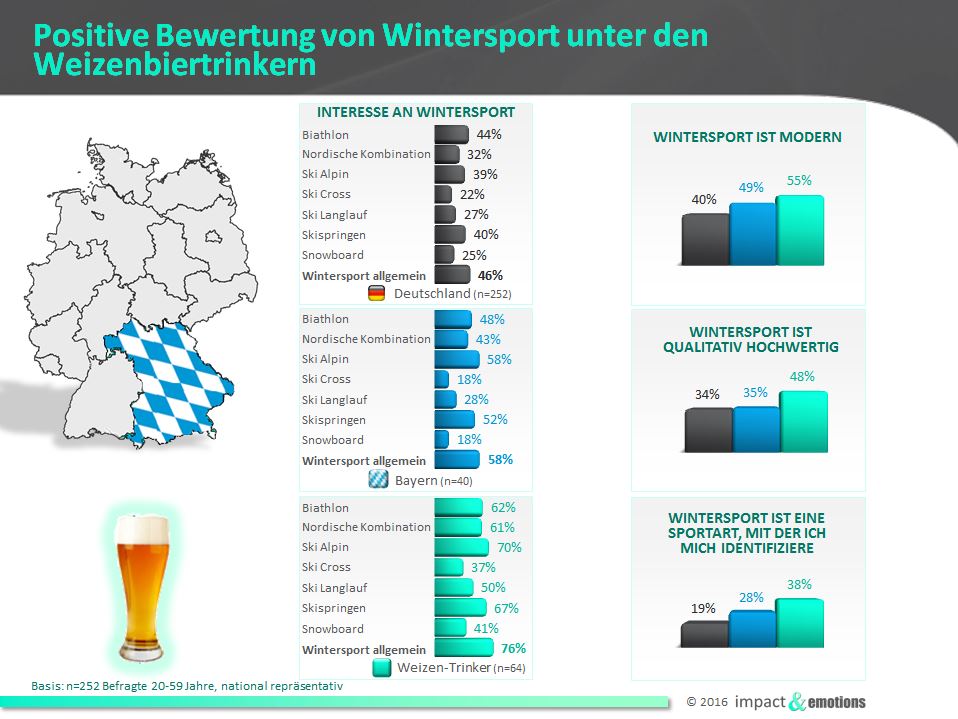