A golden boy for women

At the yearly Acadamy Awards ceremony the world is mesmerised and pays attention to Hollywood.
Pro7 will be broadcasting live from the red carpet for the German audience.
Women generally show a distinct higher interest in the award show than men. Next to the individual winners, the dresses and outfits of the stars are almost equally of interest than the event itself. The provocative statement of the Pro7 commentator and designer Michael Michalsky prior to the event, saying that the Oscars are most of all about the designer fashion, is not precisely confirmed, but it can’t be denied as well.
The concept of the TV channel with Michael Michalsky and Viviane Geppert as commentating fashion experts next to moderator Steven Gätjen reminds of the expert-duos at football internationals and makes according to the survey results quite sense. 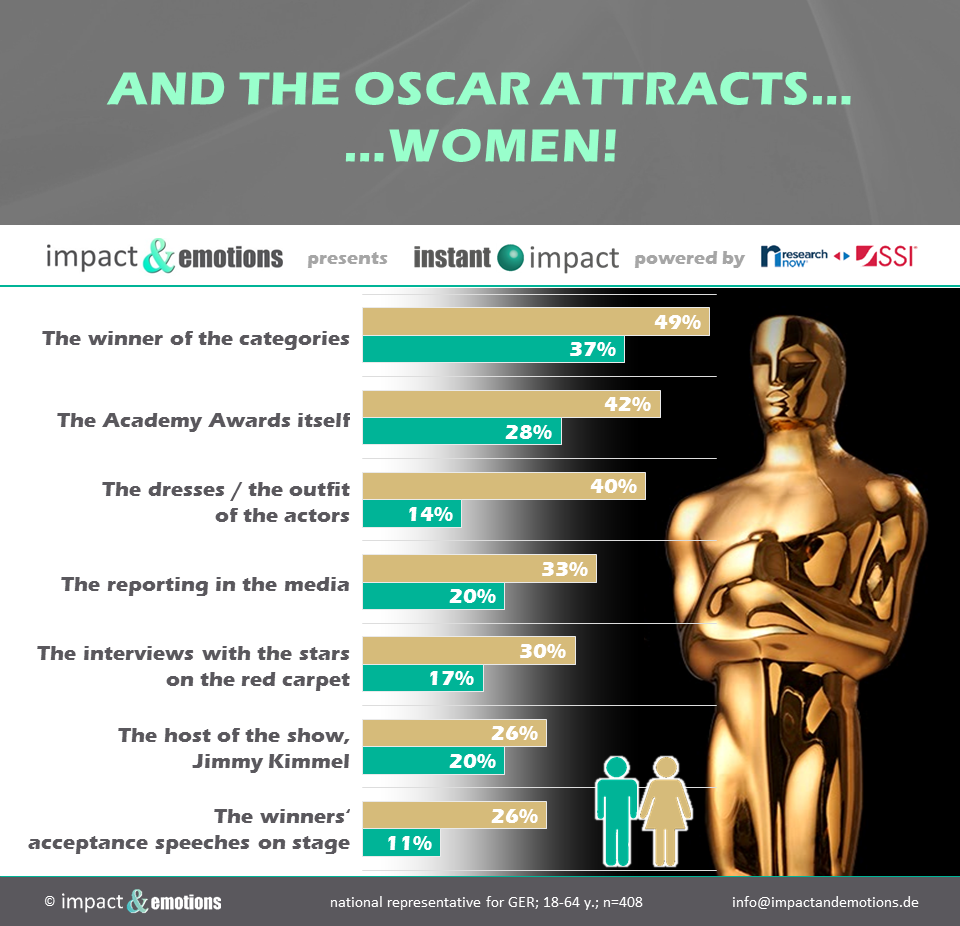